Duration of Tour: Half a Day

Reputations: A World Natural and Cultural Heritage Site, A National Five-star Scenic Area, A State-level Key Historical and Cultural Relic Site under Protection, the Largest Stone Sculpture of Maitreya in the World

Leshan Giant Buddha is located in Leshan City, where three rivers converge. The three rivers are Minjiang River, Dadu River and Qingyi River. The statue is chiseled on the cliff of Lingyun Mountain, overlooking the confluence of the three rivers. In 1996, Mr. Sancerre, an expert from UNESCO came to Leshan. He claimed that the statue of Leshan Giant Buddha could rival any sculptures in the world, including Sphinx in Egypt. Then the Buddha was added to the list of world natural and cultural heritage by UNESCO.

Leshan Giant Buddha is also called Jiazhou Grand Buddha or Lingyun Grand Buddha. It is largest stone sculpture of Maitreya Buddha in the world. Maitreya Buddha is known as the Future Buddha. The sculpture is 71 meters(233 feet) in height, trice as high as the tallest Buddha figure in Yungang Grotto, Shanxi Province, 18 meters(59 feet) taller than the demolished Bamiyan Buddha of Afghanistan. The Giant Buddha’s head is 14.7 meters(48 feet) in height, and 10 meters(33 feet) in diameter. In addition, the Buddha has 1,021 hair buns on the head. Each of the ears is 7 meters(23 feet) long. Each of the eyes is 3.3 meters(11 feet) long. Its nose is 3.5 meters(11.5 feet) long. Each of the insteps is 8.5 meters(28 feet) wide and 11 meters(36 feet) long. The instep is large enough to seat over 100 people. Each of the toes is longer than the total length of two adults. As an adult standing next to one of the feet, he is not as tall as the Buddha’s instep.

The initiator was Haitong Master. He was a monk from Guizhou Province. The monk traveled around the whole China, until he arrived at Mount. Linyun. During his stay in Lingyun Monastery, he saw that the three rivers rushed rapidly together forming dangerous spots for boating. Local people suffered a lot from the floods. Haitong Master was therefore determined to cut down stones and rocks off the cliff, so that the stones and rocks might level up the river bed and slow down the swift current. He started to collect funds for the Buddha carving. Unfortunately, Haitong Master passed away before the project was completed. The project began in 713, and completed in 803. It lasted 91 years, because of a shortage of funds. In fact, the project was effective in slowing down the rushing water current.

When the project was completed, the statue shone brightly with gilded gold and colored pattern. In addition, the whole body of the Buddha was sheltered by a wooden pavilion, which had 7 stories and 13 eaves. It was named as both the Grand Image Pavilion and the Grand Buddha Pavilion. Sheltered by the pavilion, the Giant Buddha looked extremely magnificent and splendid. Unfortunately, the pavilion was destroyed in the war by the end of Song Dynasty(960-1279). At present, the ruins of holes for the pavilion columns remained on the cliff remind us the former glory and splendour of the Giant Buddha.

There the Giant Buddha has stood for 1,300 years, and still survives in good shape. It is due to its scientific drainage system. There are 18 layers of hair buns on the head. Crosswise drainage ditches can be found in the 4th, 9th and 18th layers. Ditches are carved on the Buddha’s robe collar and pleats too. Other two drainage ditches tie up the chest with the right arm. There are also some holes and cavities on the body. These ingeniously made ditches and holes form a scientific drainage and ventilation system, which has played an effective role in protecting the Buddha statue from being weathered and eroded.

Leshan Giant Buddha is the largest stone-carving art treasure in the world. It is honored as the classic-work of religion, hydraulic and carving art. The huge and majestic statue was created by the ancient craftsmen and artists with simple tools over one thousand years ago. It indicates that their talent was extremely great. 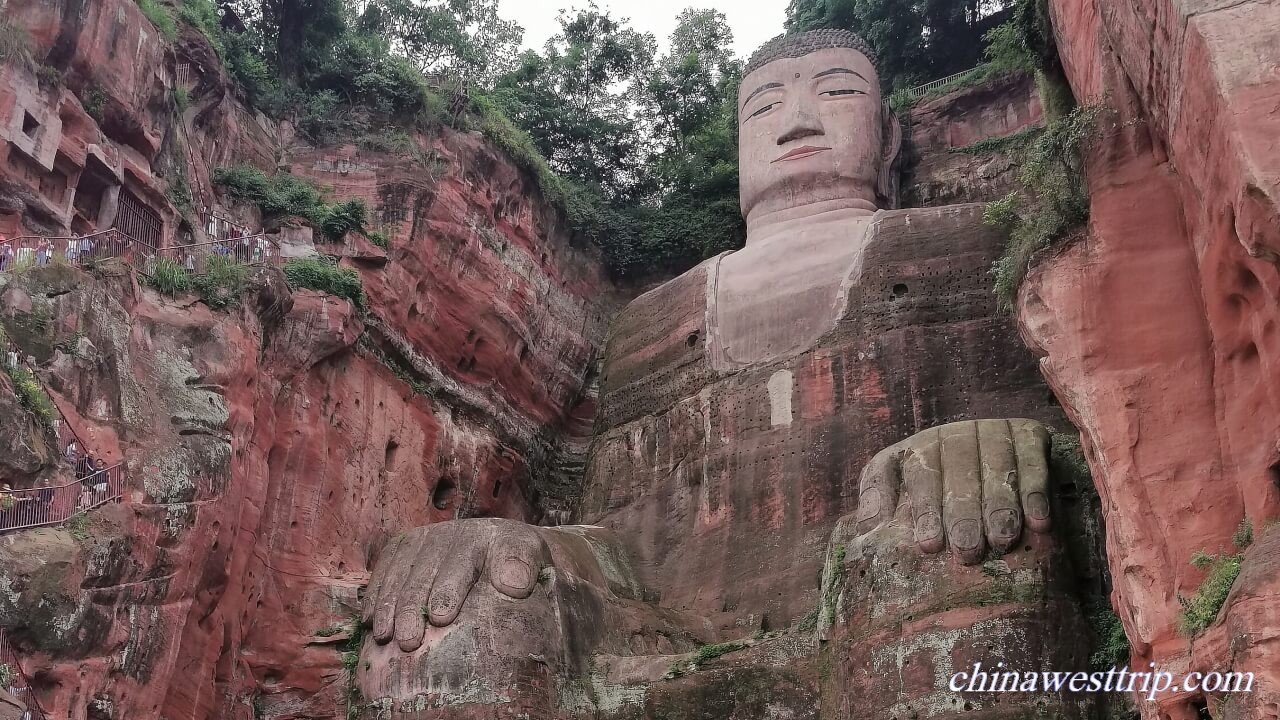 Lingyun Monastery was built between 618 and 620 in the Tang Dynasty. It was rebuilt in 1667 during the reign of Emperor Kangxi. The monastery is located nearby the head of the Giant Buddha. There are five halls placed on a east to west axis. The front gate is facing west. The halls include the Heavenly Kings Hall, Veda’s Hall, Mahavira Hall, Avalokitesvara Hall and the Buddhist Library. The Four Heavenly Kings and Maitreya Buddha are placed in the Heavenly Kings Hall for worship. The protector of Buddhism, Veda stands behind Maitreya. There are images of three Buddhas and eighteen Arhats laid in the Mahavira Hall for worship. The images of three Buddhas are Sakyamuni, Vairocana and Locana. They are called the Three Bodies of Buddha. Vairocana is a Sanskrit word which means completely illuminating in English. He is considered as the embodiment of Darma or the Law. Locana means boundless enlightenment. His title indicates that anyone could get enlightened through their self-disciplined practice of Buddhism and become Buddha. Sakyamuni mean the saint of Sakya Clan. It is the title granted to the founder of Buddhism by his disciples. Sakyamuni Buddha is also called the Incarnation of Buddha transformed to master and enlighten the world. The image of Avalokitesvara is placed behind the three Buddhas. 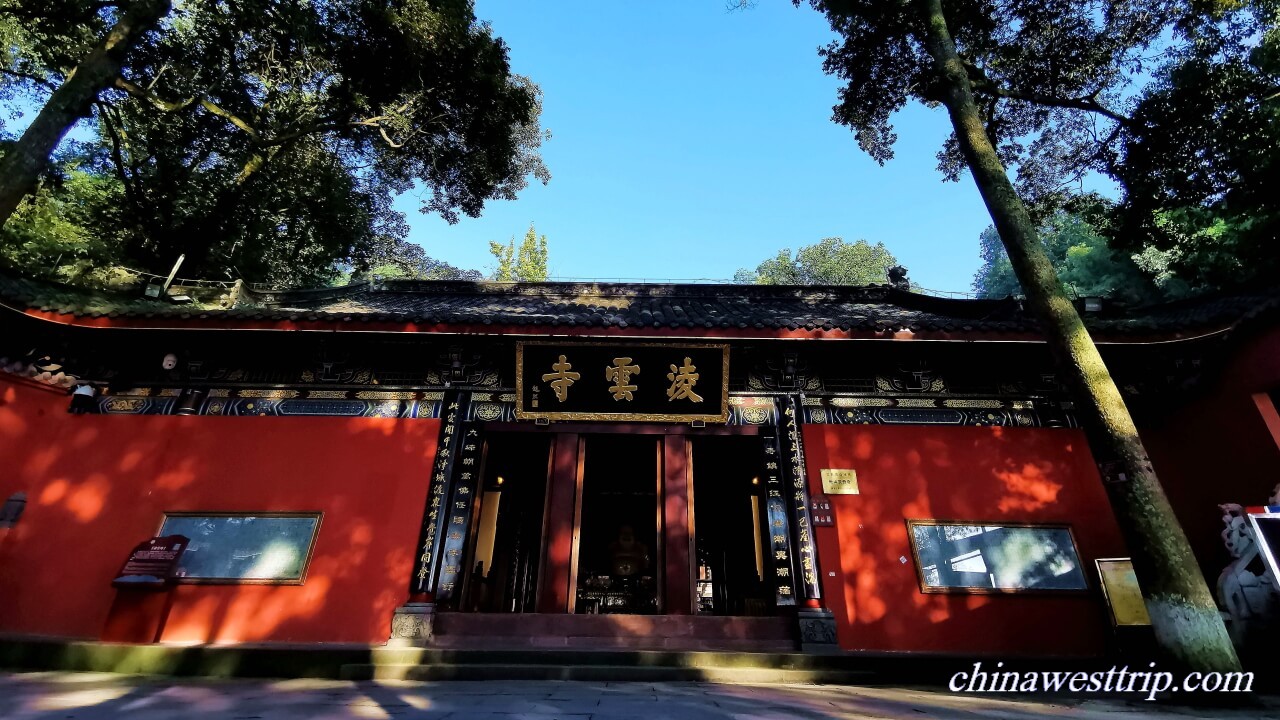 The garden is named after the famous poet Su Dongpo. It is 30 meters(98 feet) away from the Giant Buddha’s Head.

Lingbao Pagoda is situated on the summit of Lingbao Peak. It is a thirteen-storied pagoda, 38 meters(125 feet) in height. The pagoda was built in the Tang Dynasty(618-907), and rebuilt in 1554.

Visitors can see an image of Buddha lying on the surface of water, if they take a boat cruise for a panoramic view of the Giant Buddha statue. The silhouette of the hills looks like a Buddha. 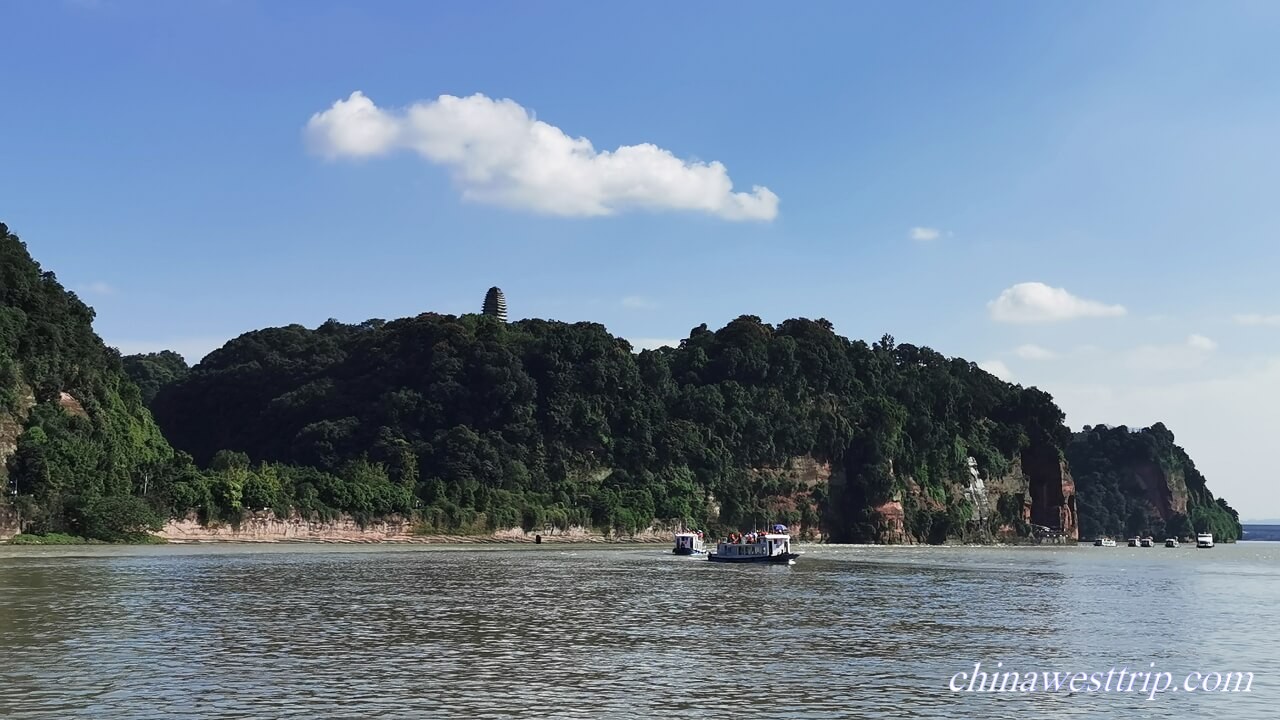 The Night View of the Three Rivers

The boat cruise for night view of the three rivers has been operated since 2019. It is operated twice a day at Baxiandong Ferry Port. The boat sets sail at 8:00pm and 10:30pm between May and October, 7:30pm and 10:00pm from November to April.

How to visit Leshan Giant Buddha

It takes around two hours to get to the Giant Buddha from Chengdu by a car. There are two methods to visit the Buddha statue. The best way to have a panoramic view is to take the boat cruise. The boat moves to the front of the statue. Some visitors also hike the mountain to have a close look of the statue. A paved path leads to the head of the Buddha and Lingyun Monastery. It takes about 15 minutes to get the Buddha’s head by walking up stairs. A nine-curved path spread down to the Buddha’s feet. It is quite steep. In both holidays and weekends, there is always a long queue of people waiting for stepping down stairs. In the peak season of tourism, it usually takes over two hours to reach the feet. 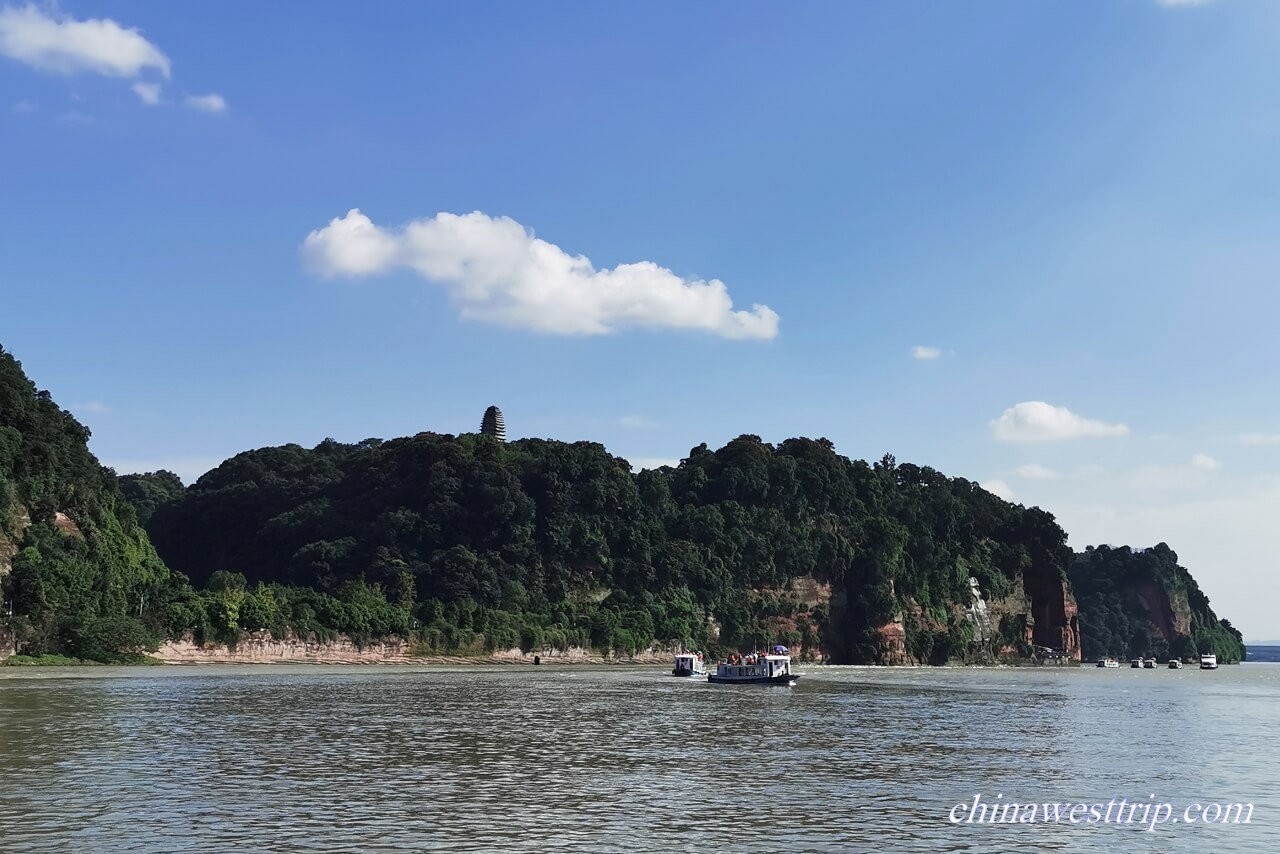 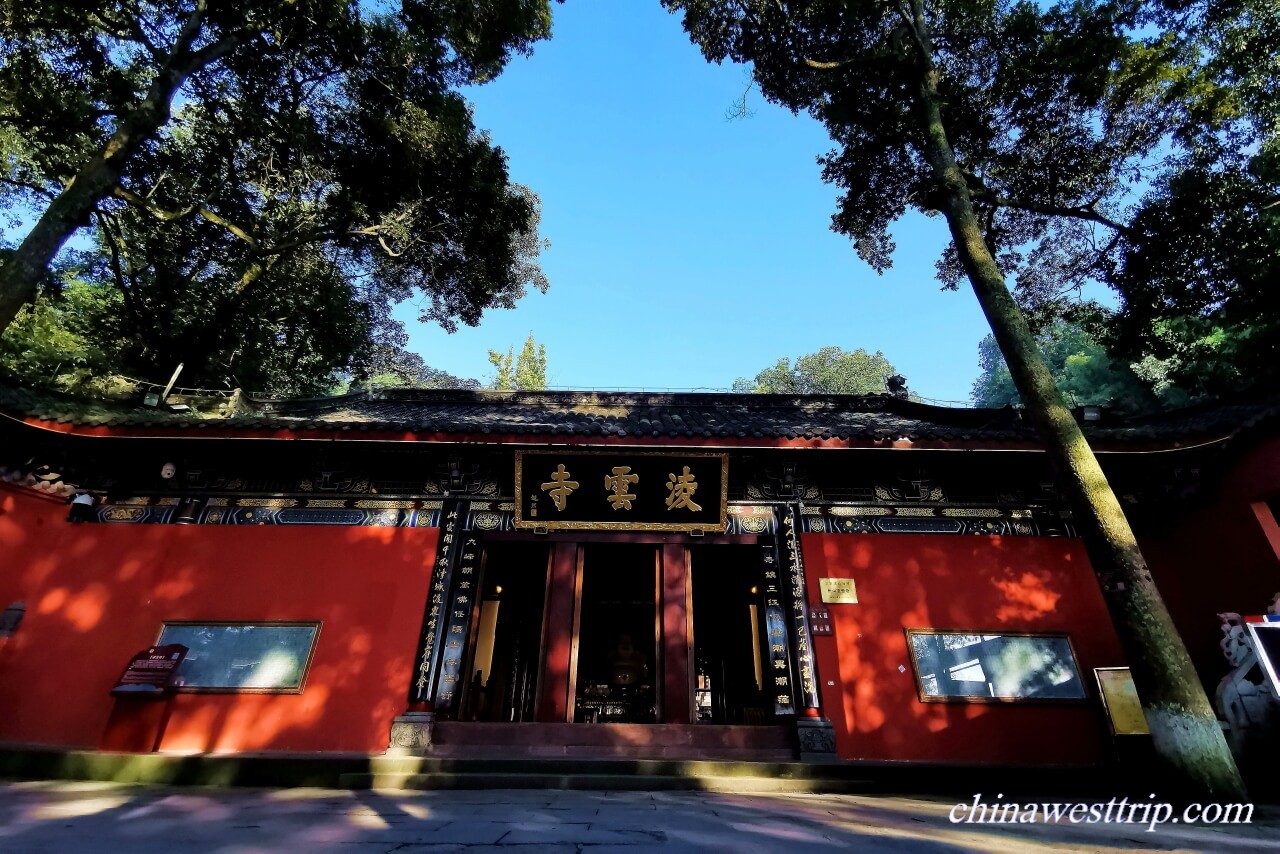 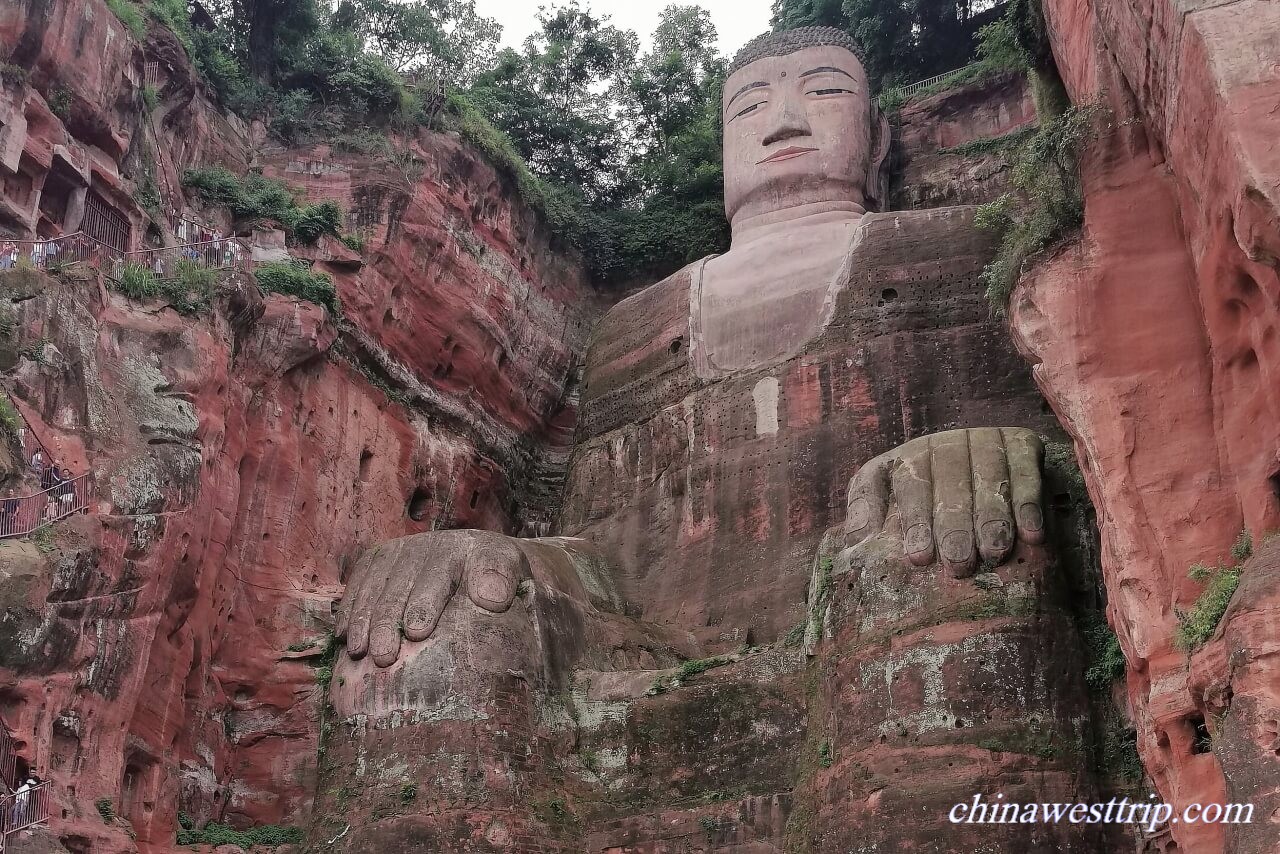 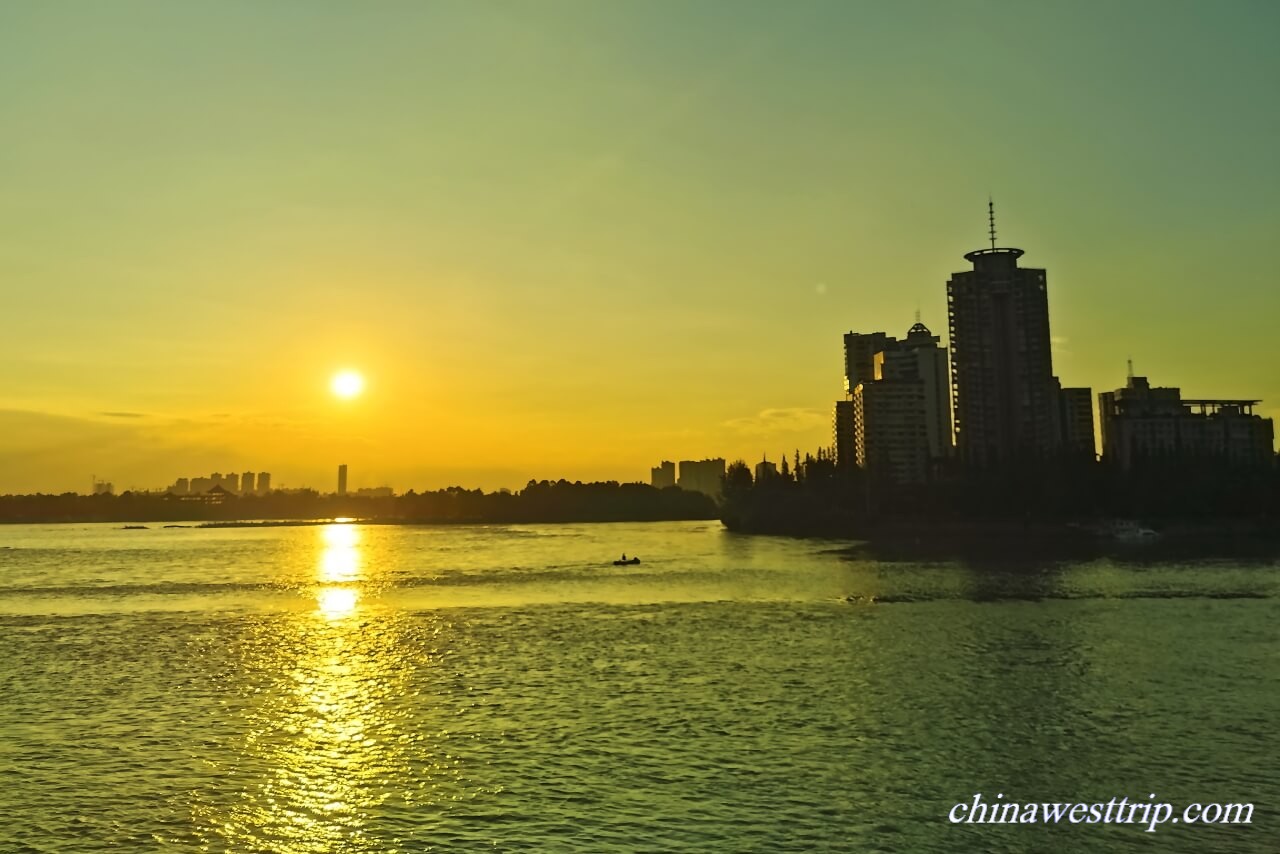 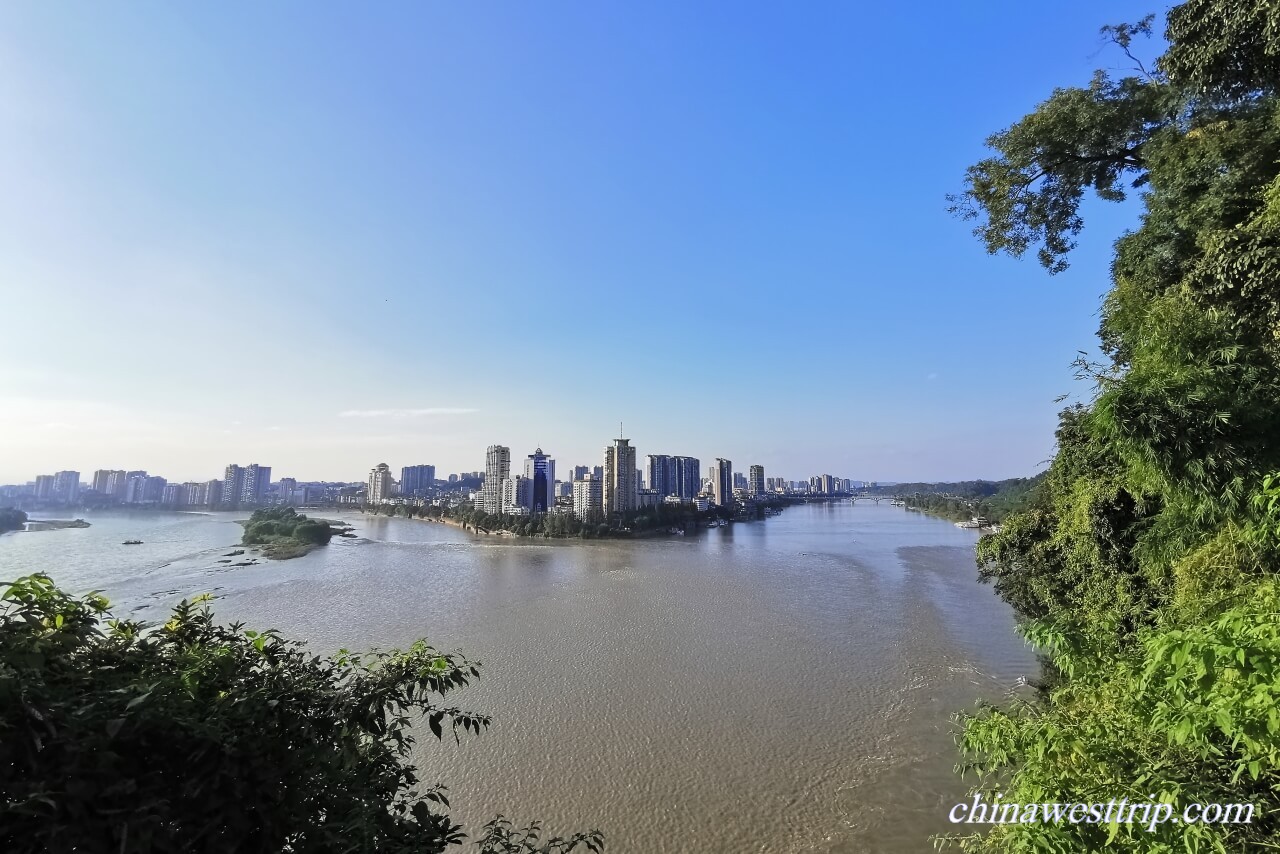 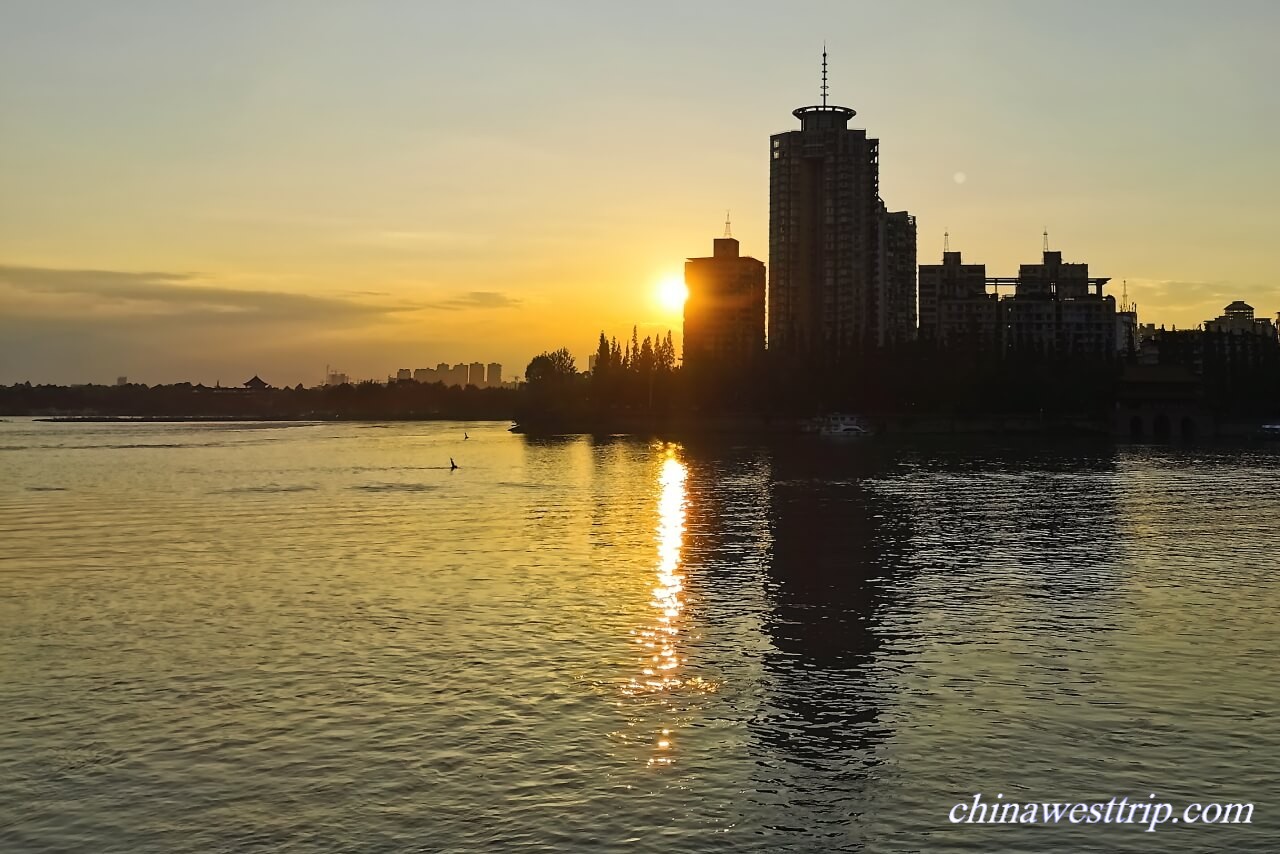 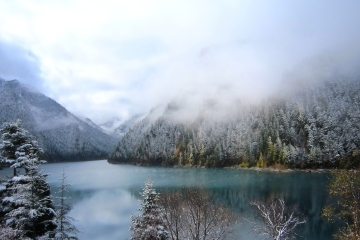 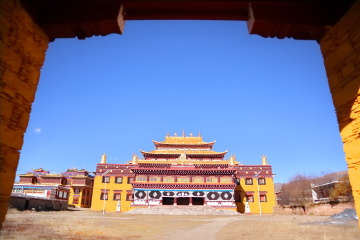 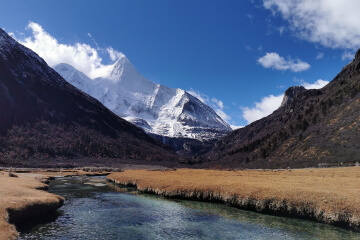 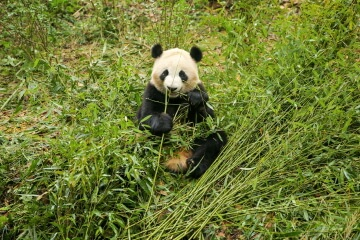 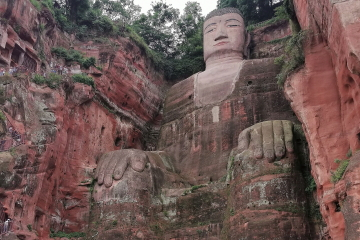 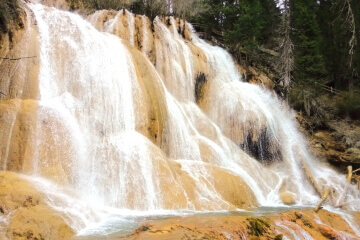 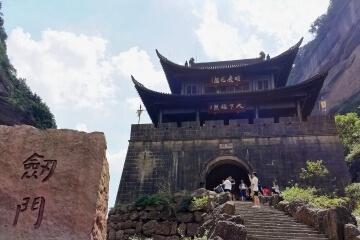